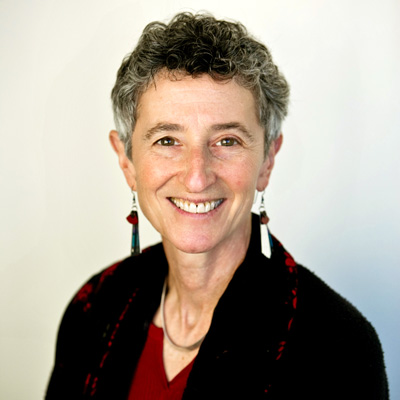 Not only a great GYN, but also upbeat and caring.

I was born and raised in Queens, NY. I graduated from SUNY Binghamton in 1976 with a BS in Biology, and receive my MD from Yale Medical School in 1980. I completed my residency in OB/GYN in 1984 at the University of Colorado’s Affiliated Program at Rose Medical Center in Denver, Colorado. After working for a year at the Littleton Clinic, south of Denver, I spent seven months working in London as a volunteer with the British National Health Service, mostly doing work in menopause. Upon my return to the U.S., I was recruited to join Healthworks for Women, a multidisciplinary women’s clinic at Mt. Zion Hospital and began working there in July of 1986. A year later, funding for HWW fell through and having becoming convinced that the multidisciplinary model was indeed best for patient care, the founding physicians of HWW, Karen Johnson, Laurel Dawson and I decided to found Bayspring Women’s Medical Group. We opened our doors on January 1st, 1988. Over the years, there have been changes to our medical staff and facility, as well as the overall health care environment, but our commitment to empathetic, personal care has not changed.

I’ve always been dedicated to working in a truly supportive fashion. I believe in educating and empowering women to be active participants in their own care, and take pride in my listening skills and empathetic approach. I think of myself as a person first, and strive to care for patients in the same way that I would want to be treated. I have a particular interest in endometriosis and fibroids, and treating these conditions with medical and minimally invasive surgical techniques.

I have been a musician for most of my life. During my time in Denver, I balanced a busy medical work life by playing and performing. These days it is my son who carries on the family tradition of musicianship, successfully pursuing a career in New York City.

I have been avid about exercise and fitness since my teenage years, and have a keen interest in nutrition. I love to cook, garden and spend time with my husband, dog and two cats, walking, reading, watching movies and listening to stories on public radio.

Contact Bayspring
Please be aware that Bayspring Medical Group cannot ensure that communications sent over the Internet are secure. This includes correspondence sent through this form or by email. If you are uncomfortable with such risks, you may contact us by phone instead of using this form.

Please do not include personal medical information in this form.
To connect directly with a Bayspring clinician, visit our patient portal.
Appointments